I am pained by the recent videos of Indian soldiers being heckled by coward youth in Kashmir. Soldiers who were equipped with weapons which had a potential to kill these cowards in a fraction of a second. It needed great amount of patience and valour for our soldiers not to react.  As Kamal haasan said in on of his tweets – Height of valour is non violence.

This edit is not to condemn the act, or to bad mouth the cowardly kashmiri youth (they have done that job for themselves), but to ponder on a question – What can we as  common man do beyond the social media tweets, and blogs like these which I write ?

A) Serve in armed forces : Make it mandatory for every Indian family to send their daughter and son for a mandatory Indian armed forces training and service.  This should be made compulsory and not a choice for anyone. Clear benefit I see is our youth getting a taste of what goes into making of armed forces life and why it is important for them to not just respect but live that life and empathise beyond social media. I have a daughter whom I am preparing for armed forces exposure and a son who I pledge to the nation. Charity begins at home.

B) Mainstream involvement : Get India to Kashmir. As Kumar Vishwas said in one of his brilliant oratory style – If Kashmir has to be a part of India, It has to be led by a team which does not belong to any political party. We need to get Indians to Kashmir and outnumber handful of traitors in the valley.  Government should ensure safety and make it mandatory for doctors, civilians, engineers, doctors, media and communication professionals to spend minimum 2 years service in valley. Ensure there is a abundance of Indians in the valley – across every profession, across every sector. Make the valley full of Indians and outnumber the traitors by sheer volume. Safety and employment are two factors for common Indian – if that is taken care of – I am certain we can outnumber the traitors.

C) Control media : I know this is the most outrageous solution, but there should be a two year strict control on media access in Kashmir. Let India decide what is good for Kashmir – not media – nor the social media savvy people who tweet, condemn and fail to act or don’t know what to act on . No information , no perception, no counter opinions. When your kid is with a doctor, you don’t go to social media to seek opinions, you trust the doctor. Government needs to play the role of a doctor and we the parents who trust the doctor. Let media not color your and my opinions.

There is a lot of talk, but little or no visible action on ground which involves the country. Kashmir problem is our problem too – it is not just the problem of armed forces. Time for India to involve Indians in resolving what could potentially be longest standing conflict in post independence India. 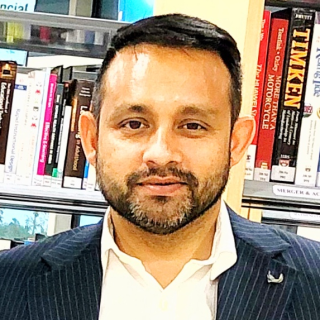 I believe in brands, and love to create one. Good at client engagement,drive growth opportunities, deliver convincing partnerships. Opinionated on issues pertaining to Politics, Business, Client acquisition, & Marketing. Manage two blogs and frequent twitter posts on above issues. Not an Arm Chair critic and believe in acting on issues which concern me and society. Winner of Citizen Journalist Award from CNN-IBN, Participant traveller on South Africa Travelogue on NDTV Good Times. Lust for Travel, Photography, learning & sharing knowledge.